Have you ever been at a point in your life where you just wanted to start over?
Shedding old customs and traditions, moving to a new country in a cloak and dagger operation, burning all bridges behind you?
But then you think of everything that you would miss…

The chords point to a very distinct B minor tonality

Starting on an upbeat is the key to happiness!

Followed by a lot of arpeggios in B minor, A major, B minor again, D major and finally B minor.

A# is played to underline the character of B harmonic minor as a scale.

With this note F#5 becomes an F# major, because A# is the major third of the F# major chord.

There is no shame in repeating a good melodic phrase.
The only difference is last note B the major third of the underlying G major chord 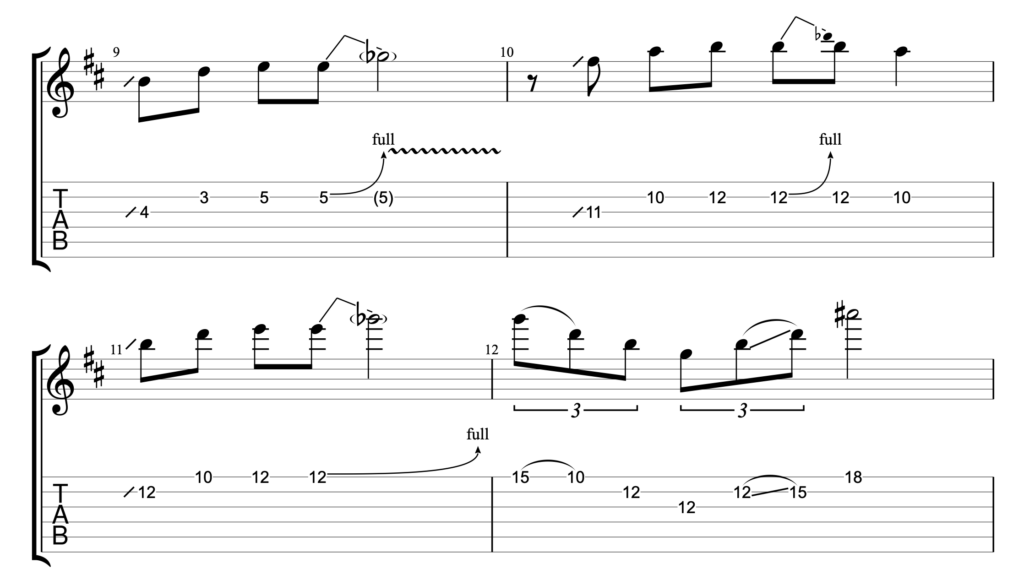 Let’s move on with another B major arpeggio.

In this case the perfect fifth F# is bended upwards from the E. In bar 10 I play a F# minor arpeggio which adds to the underlying E5 chord the options F# (major ninth), A (perfect fourth) and C# (major sixth).

I land on the A as the perfect fifth of the upcoming D chord.

In bar 11 I play the same B minor arpeggio just one octave higher.

Bar 12 brings us a G major arpeggio with A# as the target note.

The underlying chord is F#5 so we turn it into an F# major by playing this A# as the major third. 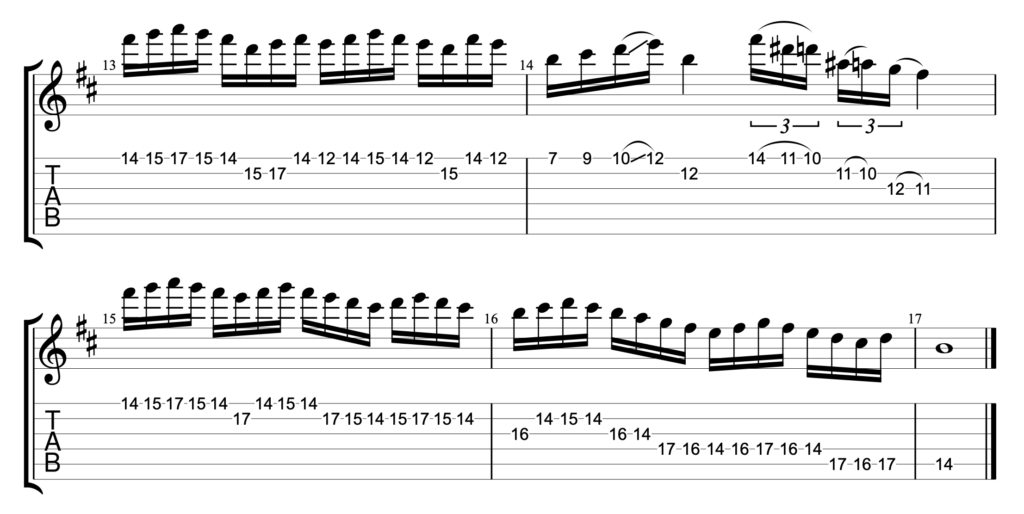 Closing in with some nice melodies based on the B minor scale.