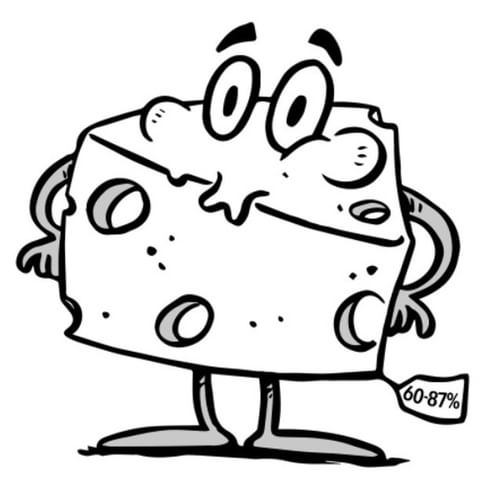 Cream Cheese is cheese with between 60% and 87% fat. Fat.
And the solo is supposed to sound like that!

These are the chords we play. Looks suspiciously like a C sharp minor key.
Now, let’s get down to the solo:

We start relaxed with a C sharp minor arpeggio. With the D# an additional note comes into play, the big ninth.
As you surely know, you can easily attract attention with an upbeat, play the notes syncopated and you have a catchy melody.

In bar 4 we then bring an E major arpeggio, again with a major ninth (F sharp).
The phrase ends with a small run with the target note C#, the major ninth of B. What a surprise! 🙂

In the second run we repeat the motif first but end with an A major arpeggio, which dissolves with the D sharp  in the third from B major. Nice. 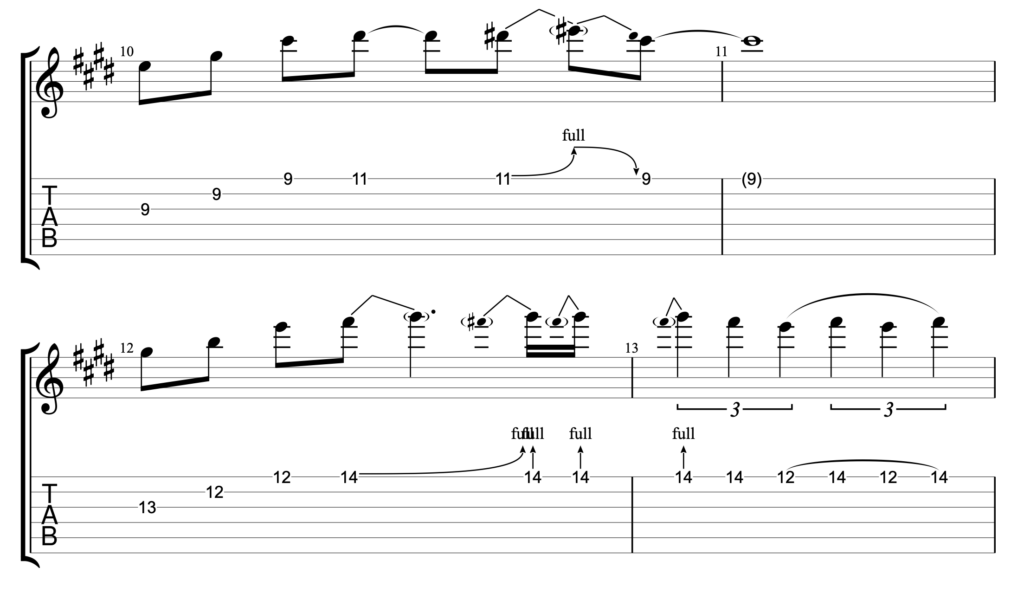 In the third round we play a C sharp minor arpeggio again, but a few positions higher.

For those who want to know it in more detail, this is the first inversion of the minor triad.

Rhythmically we imitate the original phrase so that the new phrase can be recognized as further development.
In bar 12, the E major arpeggio follows in the root position. 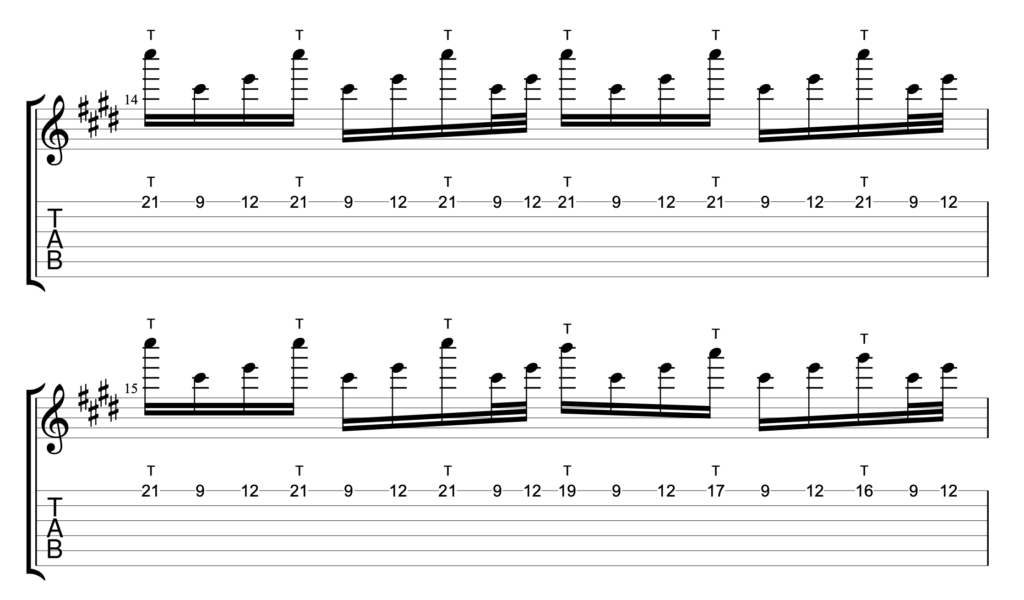 Hell breaks loose! In the fourth run, we bring some badass tapping action!

In bar 14, we start with the C# minor triad, in bar 15 we move down with our tapping hand, playing the melody. 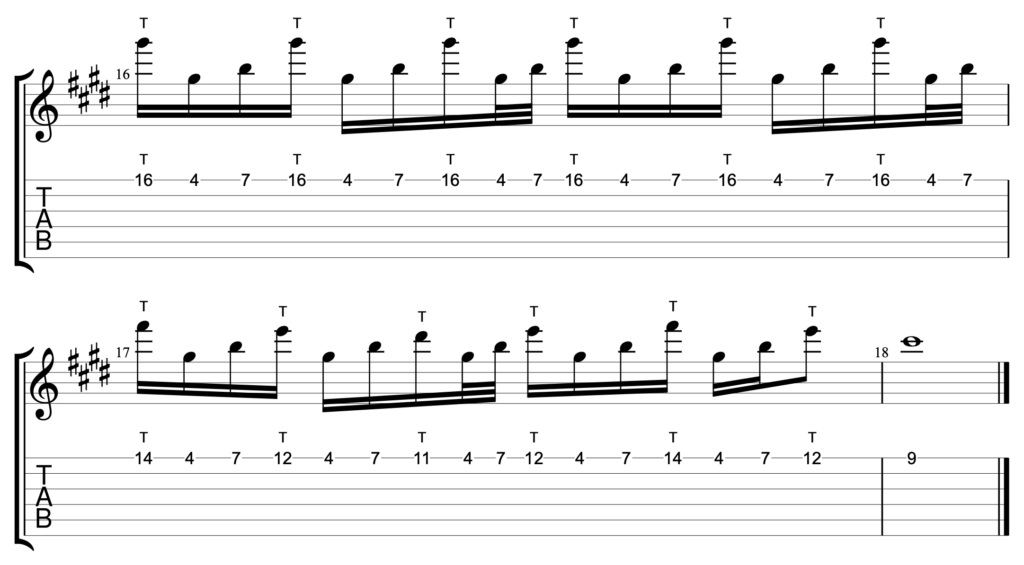 Since I like this so much, we repeat the pattern again with the E major triad,
but play a slightly different melody tapping and end up in bar 18 with the C# in the root of C sharp minor.
Voilá!