You’ve lost your keys. You are mad about yourself and the world.
At the same time you are sad, that the universe always tries to annoy you in particular.

When we look at the chords we have the F sharp, C sharp, G sharp and D flat signs. That looks pretty much like E major. The cadence is then I – VI – III – IV – V.

“Prelude” is my middle name! If you start when nobody else is playing, you’ve done everything right in terms of “attracting attention”!
It starts with a little open string lick with the notes E and B (root and fifth of E major),
then again, a string skipping idea with ending in C#, the preferred root of the next chord.

In bars 5 and 6 we also play the chord C# minor completely: Third E on the 9th fret on the G-string,
then fifth G#, once again a third and finally the root C#. As you can see, everything against the beat, so syncopated.

What you get when jamming: A C# minor arpeggio over G# minor. Why does that work?
It’s very simple: C# minor is C#, E, G#. C# is the fourth of G#,
G# is the root and we dissolve the E into D# (fifth of G# minor) quite quickly.
The resulting sound is interesting, you actually hear a G# minor 6 / 11 chord.

Nothing new in the West: we just repeat our lick from bars 2 and 3, but we repeat the string skipping thing an octave higher. 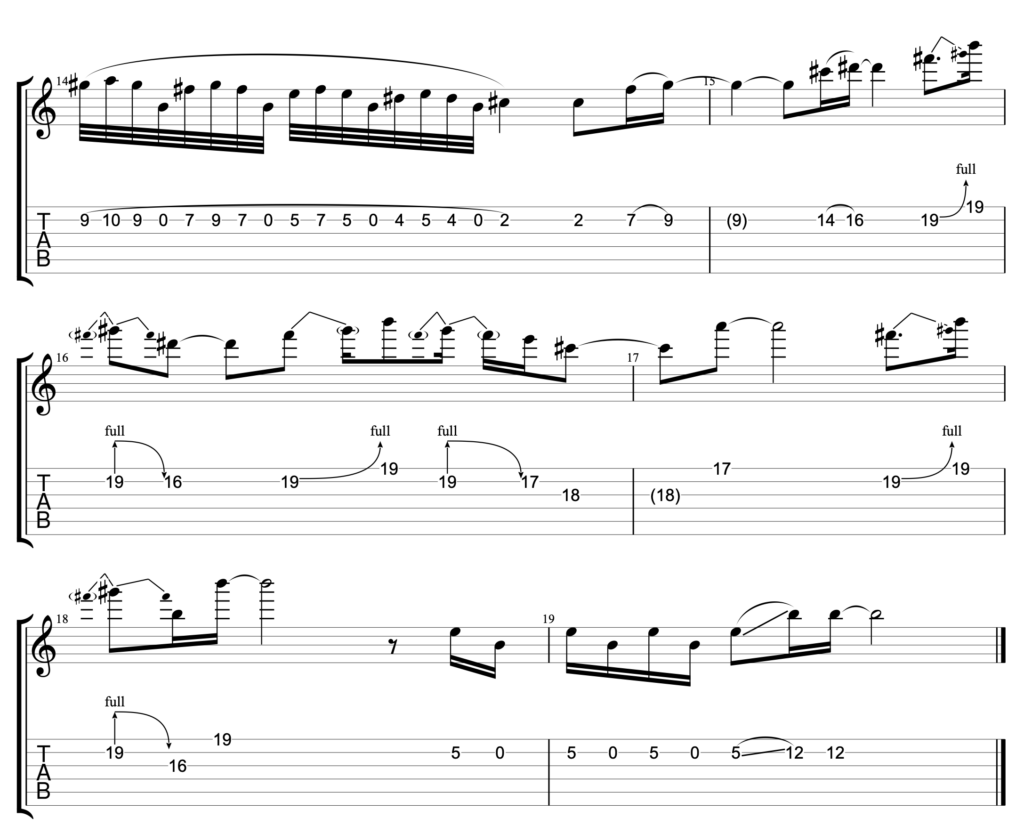 Now we are having a blast: we play a legato lick with 32ths!

A little bit inspired by Satriani.
Then we play G# minor: preferred root, then fifth, then bending on the root, and third on the E-string. Release bend and fifth. BAM!

We immediately use this idea to also play the chords A and B:

Since I find my starting lick so cool, I finish the whole piece with it.
Have fun practicing!