What is an interval?

An interval is the distance between two tones.
So far so good. And this distance is measured in semitone steps,
how to measure water in liters and flour in kilograms.
A semitone step corresponds to a fret on the guitar.

Perhaps some of you already know that an octave has twelve semitones.
For example, on a piano you will find a pattern that repeats after twelve keys.

Now the stress starts: In the Middle Ages, nonsensically, names were also thought up for the distances between the tones.
Since there was no division of the octave into 12 semitones in the Middle Ages,
but only scales with seven notes, you just counted them.
In Latin, of course. Now we have the trouble. 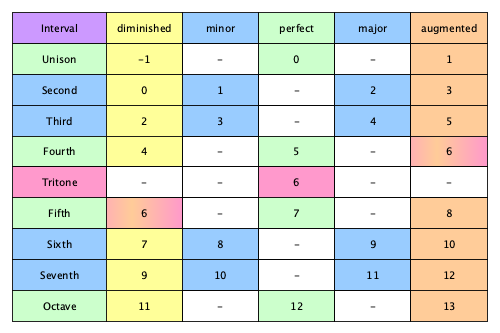 Here you can see the dirty truth: Phew, strong stuff!

Just because the interval is fifth (quintus – five in Latin) doesn’t mean 5 semitones.
Silly. Ok, let’s bridle the horse from behind: 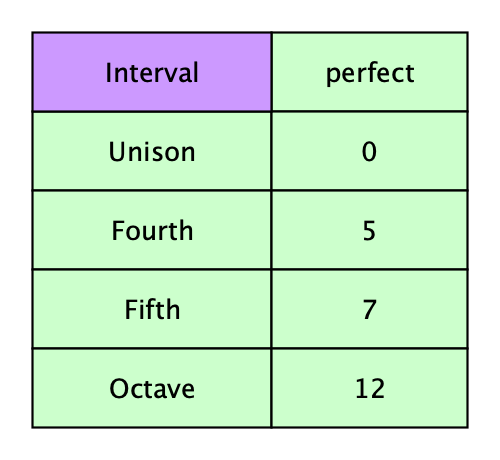 First of all, there is a group of four intervals that are called “perfect”:
Prime, fourth, fifth, octave.

The prime is actually not an interval because the distance is zero. 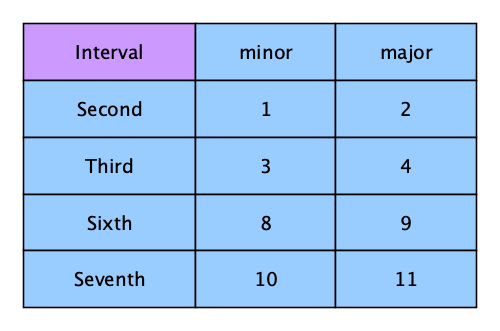 Then there is the group of intervals that distinguish between minor and major:

For the sake of completeness, it should be mentioned that you can decrease (-> diminish) or increase (-> augment) each interval by a semitone.

Last but not least, there is an interval designation that completely eludes the scheme, the tritone.
“Tri” means “three”.
It corresponds to both the diminished fifth and the augmented fourth.

But why three-tone now when there are six semitones?

This is where the math comes into play: Fractions can be shortened and so six “half” tones become three whole!
So now you’re completely confused and deserve a break.